Here is a discharge certificate of an engine driver, Mr. Ardeshir Sorabji from Navsari which is my family's ancestral home town. This driver's (long since deceased) daily wage was only Rs. 8 and 12 annas.  Mr. Sorabji served in the Loco and Carriage Department of the BB&CI Railway at Udhna locoshed from 13 April 1893 until 15 June 1931, and retired as driver. That is what I would call a career of railway romance!! This was a time when Europeans could not be found to take up the jobs of Engine Drivers and hence they began to recruit Parsees. Later on, after independence was attained in 1947, other communities were also promoted to Driver after serving for years as firemen. Note that the BB&CI Railway of that era included the Holkar (Indore) and the Scindia-Neemuch State railways as well.

Picture and text courtesy of
Dr. Ardeshir B. Damania 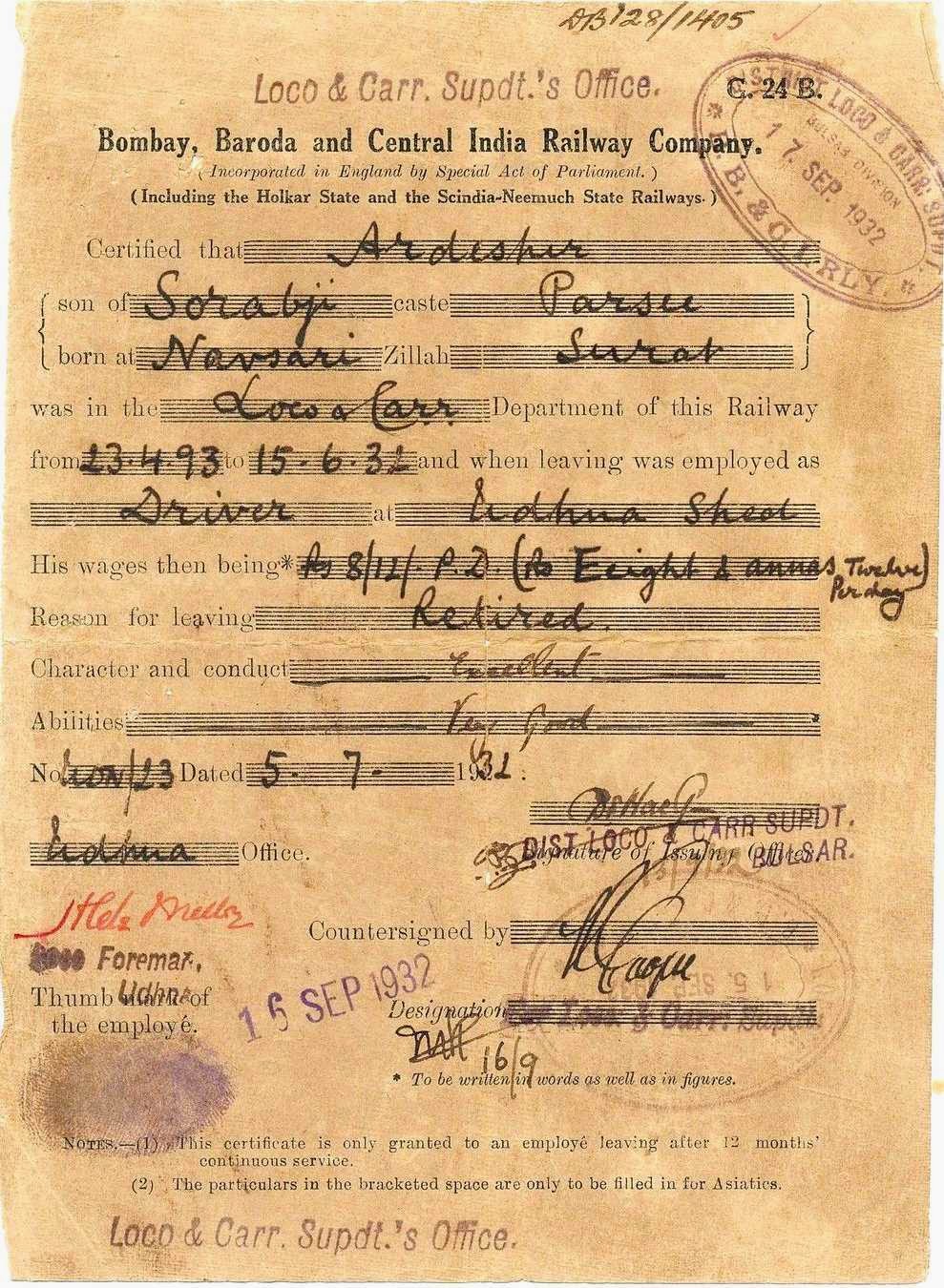