WE DO NOT HAVE FULL information on who M. Sanyal was. All I can say is the gentleman worked for South Eastern Railway as AFI, a term which probably means Assistant Foreman at the locomotive shed in some category. Again we do not know which loco shed he worked in, it could be Kharagpur, or Adra, Dongargarh, maybe even Nagpur.

One can of course check up at the railway divisional office and locate who Sanyal was, and where he is stationed currently, but that will take time. But why the Dickens should we do so, trying to find the whereabouts of the man?

I was drawn to M. Sanyal for the plain reason that he was a railwayman endowed with special artistic skill. Without knowing anything about the man, I can say he showed remarkable skill in drawing caricatures. And so, back in the 1980s, when South Eastern Railway decided to bring out a tiny booklet called Fuel Economy Guide, Mr Sanyal’s services were requisitioned to illustrate the publication.

The Fuel Economy Guide was a tiny booklet meant for official use, and a copy was issued to each steam loco driver. In it, the driver entered his name and various particulars, and on subsequent pages, he would be required to enter particulars such as the coal consumed on each particular trip, the timings of arrival and departure of his train, and so on.


By itself the fuel guide might have been a drab little booklet, but Sanyal was asked to illustrate the guide. His artistic sense can be judged by the illustrations he executed. His pictures show no sign of immaturity. Each exhibits the kind of masterly strokes one may expect from a professional cartoonist, besides giving us a glimpse of how it was like in a steam locomotive shed. 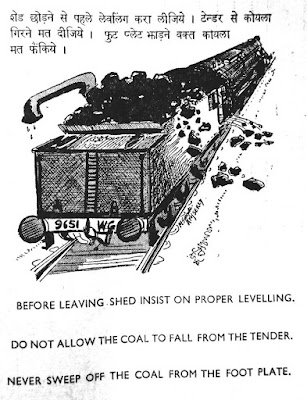 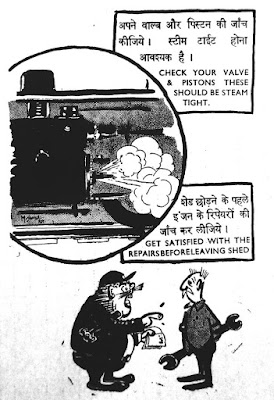 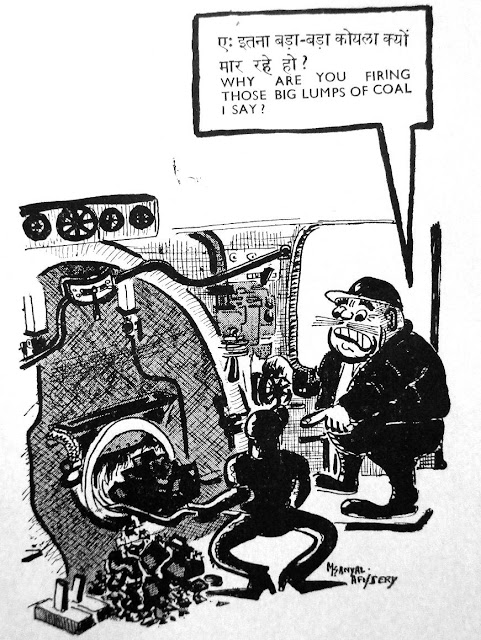 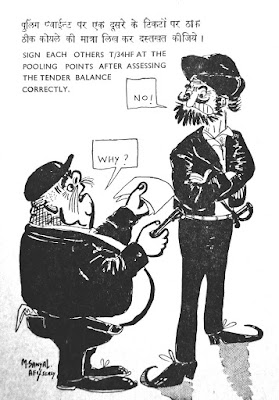 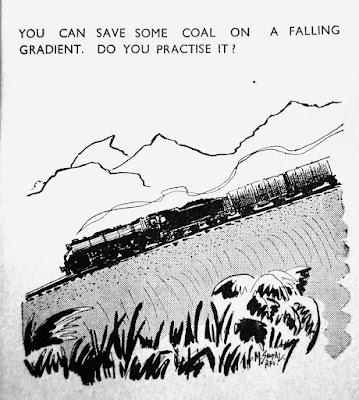 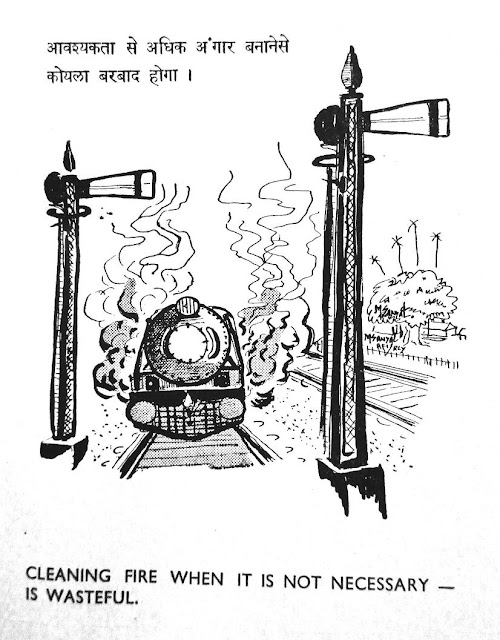